St. Paul's Hospital is independently owned by Emmanuel Health and was founded by the Grey Nuns over a century ago, in 1907.

In 2018, St. Paul’s Hospital and 11 other Catholic healthcare facilities across the province transitioned from having their own Boards of Directors to a model where governance oversight is provided through Emmanuel Health Incorporated.

Tracy Muggli took on the role of St. Paul’s Hospital Executive Director in 2020. 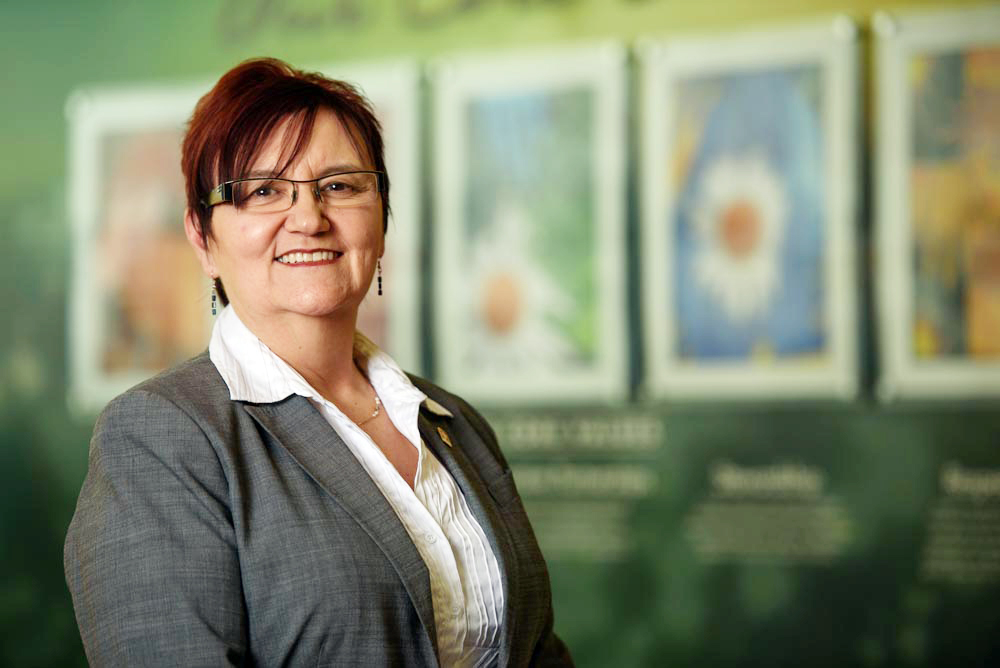 Ms. Morrison has over 25 years of experience in health care, having held diverse senior positions in the Saskatchewan healthcare system, including the position of President and CEO of St. Paul’s Hospital and Vice President of Performance Excellence and Chief Nursing Officer for the Saskatoon Health Region.  Ms. Morrison also serves on the Board of Directors for a number of provincial and national organizations.

With a degree in Nursing from the University of Saskatchewan, and both a Master's of Nursing and a Master's of Health Services Administration from Dalhousie University, Halifax, Jean has also worked in a variety of roles and settings in the health system - as a special care aide in a long term care facility; as a registered nurse in a hospital in Saskatoon; as a public health nurse in rural Saskatchewan; and as a health administrator in Nunavut, rural Saskatchewan and Saskatoon.

Jean brings an in depth knowledge and appreciation for the unique shared governance and management partnership between St. Paul's Hospital and the Saskatchewan Health Authority, and a deep commitment to the contributions that faith-based healthcare brings to the provincial healthcare system.

In This Section Quick Links